Colonel Claude Schmid, Founder of Veteran's Last Patrol, retired from the Army in 2013 after 31 years of military service in combat units around the world. During his two tours of duty in Iraq, he commanded a combined US-Iraqi Infrastructure Security Force which secured, defended, and assisted in the rebuilding of Iraq’s Northern Energy Infrastructure. He returned to Iraq as Commandant of the new Iraqi Military School System. Before retiring, Claude served as the Chief of the Army’s Wounded Warrior Flight Program, which welcomed thousands of wounded warriors back from Iraq and Afghanistan for medical treatment. Serving in this capacity—witnessing their hardship and pain, and hearing their stories—reaffirmed for him the unbreakable strength of America’s Soldiers, Marines, Sailors, and Airmen.

A first-generation American, Claude was born in New Jersey to Swiss parents. He is an avid student of history, politics, and good books. He holds degrees in economics and government, a Master’s Degree in Business Administration, and a Master’s in Strategic Studies from the Army War College. He is a member of the American Legion, the Veterans of Foreign Wars, and the International Churchill Society, and serves on the New Jersey Board of Directors of Operation Homefront.  Colonel Schmid is the author of the action war novel, Princes of War:  A Novel of America in Iraq. 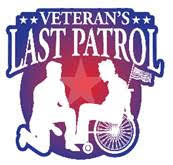